Doug Brocker has many years of experience before numerous professional licensing boards, state and federal trial and appellate courts, and other administrative agencies. He has had a wide variety of experiences from which he draws in representing clients. Doug has worked in both state and federal government and in private practice with large, medium, and small law firms in both North Carolina and Illinois. He has an “AV” rating, the highest awarded by the Martindale Hubbell National Law Directory.  Doug has served as outside counsel to the North Carolina Board of Dental Examiners for many years and currently represents the Board in disciplinary investigations and proceedings, judicial reviews, managements arrangements, outside litigation, appeals, and as rulemaking coordinator, among other legal matters.

Doug concentrates his practice in representing various professionals in disciplinary investigations and proceedings before their respective licensing boards and administrative agencies. He also utilizes his other varied experiences to represent clients in professional malpractice and liability matters, professional disputes or breakups, and in civil litigation in state and federal courts. Doug served as Trial and UPL Counsel for The North Carolina State Bar for more than 6 years, where he investigated and prosecuted disciplinary violations, the unauthorized practice of law, and other similar matters. Testimonials from clients and others on this site attest to Doug’s preparation, commitment and dedication. Doug also provides consultation and testimony as an expert witness in matters involving professional services.

Doug was privately retained by the North Carolina State Bar as special prosecutor in the disciplinary case against Michael B. Nifong. Mr. Nifong is the former Durham County District Attorney who pursued the Duke Lacrosse case. Mr. Nifong was disbarred after a nationally televised disciplinary trial. Mr. Brocker’s closing argument was covered live on CNN, Court TV and others. Mr. Nifong was found to have made numerous improper pretrial statements, withheld DNA evidence, and made repeated misrepresentations and false statements to the Court and others. To read the disbarment order in the Nifong case, click here.

Doug has published numerous articles on issues of professional ethics, discipline and liability for various publications, including the State Bar Journal, North Carolina Lawyers Weekly, the Wake County Bar Flyer, Trial Briefs, the Washington Legal Foundation, among others. He also frequently lectures in continuing professional education seminars on such topics for various local, state and national organizations, including Lawyer’s Mutual Liability Insurance Company of North Carolina, the North Carolina Bar Foundation, the North Carolina Academy of Trial Lawyers, the Wake County Bar Association,  the National Association of Bar Executives, the North Carolina Dental Society, and the American Association of Dental Boards. Doug is active in several organizations that advocate professionalism and civility among lawyers and in others that assist and support professionals suffering from mental health or substance abuse problems.

Doug has been  a leader in attorney, civic, charitable, and educational organizations in the Triangle community. He is a Past-President of the 10th Judicial District Bar, the largest local bar organization in North Carolina with over 5,000 lawyer members in Raleigh and Wake County. He is a past Chair of the Wake County Bar Association Professionalism Committee, on which he has served for over 15 years.  He also served as President during the expansion of the Raleigh Vocational Center’s program into six additional counties, the identification of a potential new facility, and the changing of its name to Community Workforce Solutions. These changes have considerably increased the ability of this nonprofit organization to fulfill its mission of training and placing handicapped individuals in permanent, private employment.

When not practicing law, Doug enjoys the outdoors, bluegrass music, and spending time with his extended family, most of whom live in the Triangle area. 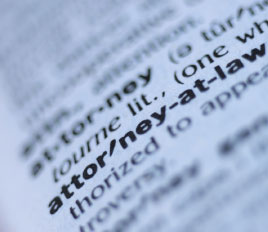